By thenerdphotographer in Uncategorized on October 3, 2013December 12, 2018
No comments

Is anybody thinking of getting this software collection from Nik Software, which has been acquired by google not too long ago, and adding it into your workflow? Go ahead, DO IT! Unluckily they miss out on the Linux version, but there is a MacOS version available and “Snapseed”, which used to be available for computers, now runs on many many android devices. So, really, get it!

So now that you have decided to get it, do not make the same mistake I did. Because I didn’t really pay attention to how the selection via control points really works. But it’s brilliant.

This video gives you an idea of what the control points actually do. So DO NOT pay too much attention on the circles that show up when adding control points. They will only define the radius for the selection to take effect but not WHAT actually will be selected. So, your object should roughly be inside the circle – that’s it. BUT you should make SURE that the control point is placed on an area with e.g. the COLOR you mainly want to select. As shown in the video. Remember: Color is more important than object position. DO NOT PLACE YOUR CONTROL POINT IN THE CENTER OF THE OBJECT but on the preferred color region.

To show you what I am writing about: This is a screenshot of a photo I have posted recently on flickr, opened in Viveza 2: 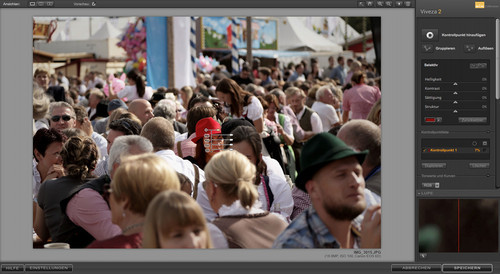 As you can see there is one little control point (read: ONE CLICK!) on the red hat. The next screenshot shows the resulting selection from ONE CLICK: 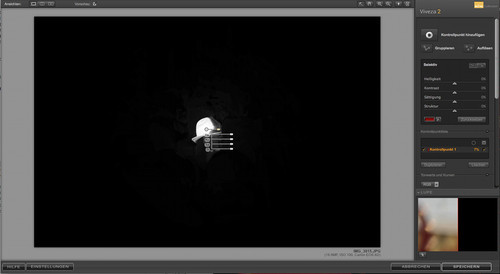 Not too bad! And, to refine the selection you could place control points around your selection that do not affect the image (not changing the sliders!). And you could end up with a perfectly selected hat in this image with something like 3 or 4 clicks. This is why you should get Nik Collection: Not because it is rather affordable, not because the technology is fancy (not because it is google now) but because you will gain more time to  spend on actually creating your image. And not wasting hours just to get the selection right. Enjoy!

Photo enthusiast from Munich, Germany. View all posts by thenerdphotographer

This site uses Akismet to reduce spam. Learn how your comment data is processed.